A Glimpse at Radiator Heating Systems 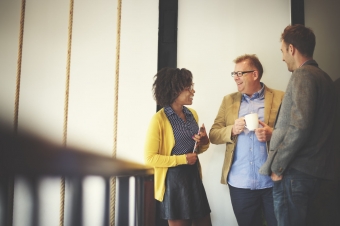 Boiler and radiator systems may not be the most popular heating mechanism for your home these days but they have been used quite successfully for over 100 years. Radiator systems installed more than half a century ago are still going strong in many buildings. Boiler and radiator systems provide an effective, safe reliable source of heat. Some people actually prefer radiators over forced air or other furnace systems because the heat that emanates from the radiator is not drying; plus, it is relatively quiet and requires little maintenance.

Boilers and radiator systems use steam heating which is quite different than other heating systems and their operations. You have oil or gas propelled burner which heats water and turns it into steam. The steam passes through a series of pipes, either aluminum or cast iron, which eventually escapes through a radiator. At this stage, a room is warmed from the heat emanating from the steam. When the steam is cooled, it condenses and returns to the boiler to become reheated once again. It’s quite an efficient process.

A boiler and radiator system can heat a room faster than conventional heating systems. Plus, many people like the fact that you can heat rooms separately because there is a separate radiator in the rooms, rather than forced air or other furnace systems which use ductwork and blows warm air into all vented rooms at the same time, thus wasting energy. Overall, radiators are less expensive and easy to install.

You can choose between cast iron and aluminum pipes for your radiator. Cast iron is a heavy metal but built to last. Because of their weight, they cannot be mounted on the wall, unlike aluminum versions. The aluminum radiator is relatively new in comparison to cast iron options. It is light weight, can be mounted on a wall or other places where cast iron cannot be installed. The only drawback to radiators is that they are not known for their attractiveness. It is important that they remain uncovered so that they can work efficiently.

Boiler and radiator systems do require a little maintenance but nothing like other heating systems. You should always check the water level gauges, pressure valves and safety valves to ensure they work properly. Because boilers can produce steam that can cause blistering burns on your skin, it is advised that you have a professional technician inspect your boiler and radiator heating system.

While refurbished cast iron radiators from the late 1800s and early 1900s can work quite well for you, you should consider aluminum or new cast iron options for your boiler and radiator system. With the new technology, the radiators manufactured now are even more efficient and safer than ever before. You can even purchase new radiators that look like replicas of old antique ones if you are trying to fit this heating element within a particular design scheme!