How Can Ontario Cut Energy Costs? Experts Weigh In 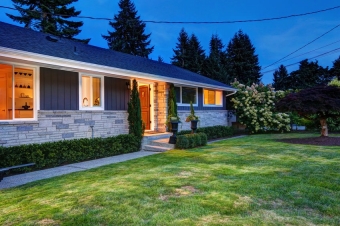 Ontario’s energy bills are at an all-time high. This year alone, the price of energy at peak hours increased from 16.1 to 18.0 cents per kilowatt hour. And there’s only so much individuals can do to reduce their power consumption.

Reducing the cost of power will take government action. But how should Ontario tackle this problem?

Global News asked four experts how they would cut energy costs in Ontario. We’ve summarized their arguments below.

Currently, the Ontario government invests $400 million dollars in energy conservation annually. The Ministry of Energy claims that every dollar invested in energy efficiency avoids $2 in costs to the electrical system. However, three of the experts criticized this approach.

Blogger Peter Gallant and Jane Wilson of Wind Concerns Ontario agree. Gallant and Wilson argue that the government should cancel all $400 million in conservation funding and reduce the off-peak power in turn. They say this would encourage Ontarians to use power during off-hours, when demand is lower.

Mark Winfield, a professor of Environmental Studies at York University, disagrees. He argues that the government should prioritize conservation. “Conservation remains the most cost-effective way of meeting energy needs, and carries with it many benefits in terms of improved housing quality and economic efficiency,” writes Winfield.

The government set a goal to make half of Ontario’s energy capacity renewable by the year 2025. The province invests in renewable energy sources, like wind and solar power, through the Large Renewable Procurement (LRP) program.

Gallant and Wilson disagree. They point to, “rich contracts awarded to huge corporate wind power developers,” as the source of the rate hikes. The pair calls for cancellation of the LRP program.

One of the experts proposed increased oversight as a solution to Ontario’s energy problems. According to Professor Winfield, Ontario has a “well-established history of delays and massive cost overruns” on nuclear power projects. Winfield also advocates for a public review and approval process for Ontario’s future electricity plans.

So, what’s the best way to reduce the price of electricity in Ontario? There’s still no consensus, as far as these experts are concerned. In the meantime, you can cut costs by finding ways to save on energy in your own home.