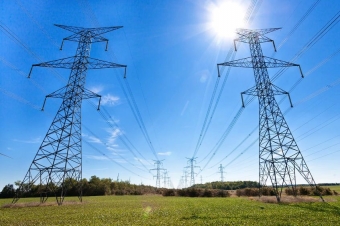 Ontarians are all-too-familiar with the monthly sting of their hydro bill. Rates in the province are notoriously high, and the Liberal government has promised to help bring them down. Premiere Kathleen Wynne recently announced a cut in hydro rates to take effect this summer and result in an average reduction of 17%. But will this really save citizens money in the long run?

Why Ontario Hydro Rates are High

The high price of electricity in Ontario resulted from a change in provincial government policy. Power previously came from a combination of hydro, nuclear energy, and coal, but the pollution caused by the latter was worrisome. As a result, the province dropped coal burning plants and adopted solar panels, wind turbines, and gas plants.

While these sources solved the pollution issue, they had their own problems. The highest degree of wind occurs in the spring and fall, times when people don’t feel the need to run air conditioners, a major strain on the power grid.

These sources can also still produce power when the grid is already at capacity. We sell that excess power to the United States, but at a tremendous loss due to a lack of foresight. The government agreed to pay up to 80 cents per kilowatt-hour for wind and solar generated electricity, but sells it for only 1.5 cents per kilowatt-hour. That tremendous shortfall goes on consumers’ hydro bill.

There is also no guaranteed consistency when using natural sources. Some days produce a great deal of wind, while others have almost none. Regardless, people still want to remain cool in summer, so they turn on their air conditioners. Sometimes the extremes of winter cause us to use sources of additional heat that run on electricity. Gas plants make up for the extra usage, but the maintenance costs of keeping them online also fall to the consumer.

Finally, we must all pay the distribution costs for the electricity, which can be as high as 300% more for those in rural areas versus the rates charged in cities.

But Isn’t a Rate Cut a Good Thing?

In the short term, yes. Everyone will enjoy seeing a lower total on those annoying bills. However, overall, we will end up paying more.
Why is that? Well, those lopsided energy contracts still have years to go, so the government must borrow to make up for the reduced amount of money coming in.

This means paying interest on those loans, costs that will become the responsibility of consumers in the future.

What Can Consumers Do?

With Ontario electricity rates up by almost 100% over the past decade and the ongoing threat of higher costs in this province, there is no better time than now to conserve energy. Inspect your home thoroughly and ensure it is energy efficient, reduce unnecessary power consumption, and replace aging appliances consuming excessive amounts of electricity.

Heating and cooling can make up a sizable percentage of your monthly energy expenses, but this need not be true. The professionals at Applewood have helped thousands of Canadians choose the systems best suited to their homes’ environmental needs. Contact us today to learn more about how Applewood can help you attain maximum home comfort at minimum cost.